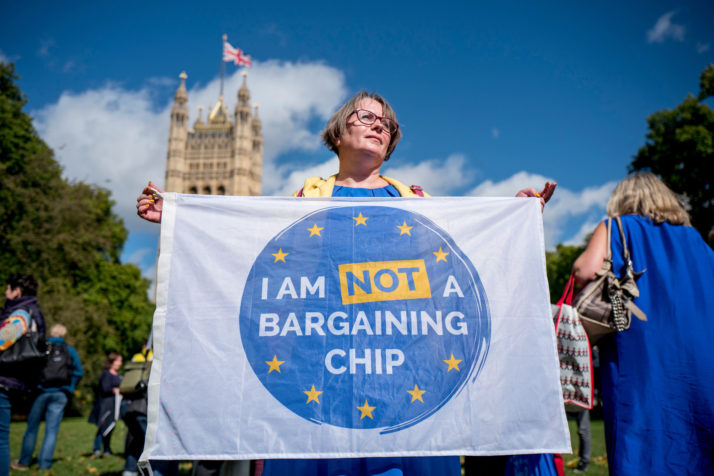 Boris Johnson’s Government were defeated for the first time on a vote on the Brexit Bill, after the House of Lords demanded EU citizens should be provided with physical documentation proving their right to stay and live in the UK. This vote that has calmed fears brought about after the House of Lords rejected ministers’ pleas to introduce physical documentation, to prevent “another Windrush” scandal.

The EU Settlement Scheme was created by secondary legislation, which means that it can be easily changed over time. This lack of stability surrounding the application process only adds to the uncertainty that many EU citizens have about their future living in Britain.

The EU Settlement Scheme opened to applicants on 30th March 2019, allowing all EEA nationals and their family members who enter the UK before the transition period ends (currently on 31 December 2020) to apply for ‘Settled’ or ‘Pre-settled’ status which would protect their right to reside in the UK in the future.

Not only does the changing landscape of the EU Settlement Scheme make it difficult for EU citizens to apply, but the threat of a deadline forcing EU citizens to become ‘illegal immigrants’ is worrying to say the least. The chances of people falling through the cracks paints a similar picture to that of the Windrush Scandal.

Although the Windrush Scandal created serious issues for that generation and future generations to prove their legal residence in the UK, this has the potential to supersize that. With the EU Settlement Scheme, the problem doesn’t lie in the having to prove lawful residency, the failure to apply before the deadline will potentially make those EU citizens illegal migrants. As a result they will not have access to free healthcare, employment, permission to reside, rent or buy property or access to benefits.

In February 2019, the then Home Secretary Sajid Javid stated that those who miss the deadline to apply would be in contravention of the immigration rules, however they would not be viewed in the same light as someone who entered the country illegally. However, as they are not legally registered it is hard to believe that they would be able to obtain employment and rent property without breaching the law. Further concerns surrounding the implication of the EU Settlement Scheme after its deadline arise as the Home Office does not hold any historical records of EU citizens. This will only lead to more difficulty in proving legal residence after the deadline and therefore further echoes of Windrush.

It is difficult to know the true implications of missing the EU Settlement Scheme deadline until it happens.  The full ramifications of the impact on citizens and their families will not be realised until after the event.  Therefore, it is vital to ensure that eligible applicants apply.  Many EU citizens believe that they are not required to apply if they have resided in the UK for many years, or because they have obtained permanent residency under current regulations. You should speak to your friends and family who are citizens of any EU country outside of Ireland and the UK and encourage them to review the scheme.  Some exemptions will apply and more complex matters arise particularly around the vulnerable in our communities. The current application deadline is 30th June 2021.

For more information on matters relating to The EU Settlement Scheme, or need support, contact our Immigration Specialist: